In modern web development there are a myriad ways to present an image on a web page and it can often feel pretty baffling. In this series I step through the options, moving from basic to flexible images; then from modern responsive images to the new CSS for fitting different sized images into a common shape. By the end I’ll arrive at a flexible, modern boilerplate for images.

This article is primarily about the HTML img element (and related markup). I might mention CSS background images at some point, but by and large I’m focusing on images as content rather than decoration.

Similarly I probably won’t mention icons at all. I see them as a separate concern and recommend you use inline SVG rather than any image-based approach.

The image element is a replaced element which means that the element is replaced by the resource (file) referenced in its src attribute.

You get an image’s aspect ratio by dividing its width by its height.

Aspect Ratio is an intrinsic characteristic of an image—i.e. it is “part of the image”—therefore outside of our control as developers. We can apply extrinsic settings which change the dimensions of the rendered image on our web page, however its aspect ratio was determined when the image was originally created and cropped.

CSS-wise, assume that we’ll start with nothing more complex than the following boilerplate:

Let’s start by going back to basics. I can include an image on a web page like so:

Note that our markup contains no width or height attributes, just an alt for accessibility. With no size-related attributes (and in the absence of any CSS acting on its width or height) the image simply displays at its intrinsic dimensions i.e. the dimensions at which the file was saved, in this case 250 × 377 pixels. The image is output as follows:

Now I know that narrow and static images like this feel pretty old-school. Since the Responsive Web Design movement we’re more accustomed to seeing full-column-width media and complex markup for intelligently selecting one file from many options.

However I still occasionally encounter use cases for displaying a relatively narrow image as-is.

Sticking with the book image example, given its aspect ratio you probably wouldn’t want it to be full-column-width on anything other than the narrowest screens simply because of how tall it could become at the expense of the reading experience. You might also be loading your images from a third party bookshop with which you have an affiliate scheme, and therefore have little control over file size and other factors influencing performance and responsive behaviour. As such you might do well to keep things simple and just load a sensibly-sized thumbnail.

See also this figure illustrating a simple database schema on the Ruby on Rails Tutorial website. On wide viewports, the author’s preference is to simply display the image at its natural, small size and centre it rather than blowing it up unnecessarily.

In summary, there remain times when you might need a narrow, fixed-size image so I want to keep that option open.

When we know the dimensions of our image in advance, we can improve upon our previous markup by explicitly adding the width and height attributes.

Don’t expect fireworks; this renders the image exactly as before.

However, this addition allows the browser to reserve the appropriate space in the page for the image before it has loaded. If we don’t do this, we risk a situation where text immediately after our image renders higher up the page than it should while the image is loading, only to shift jarringly after the image loads.

At the dawn of the mobile web, many authors sought to handle mobile devices by creating a separate, dedicated mobile website. However this meant duplication of cost, code, content and maintenance. Responsive Web Design provided a counterpoint with a “create once, publish everywhere” philosophy which embraced the fluidity of the web and suggested we could serve desktop and mobile devices alike from a single codebase.

RWD proposed making layout and content adaptable. This included the idea of flexible images—that for any given image you need just a single, wide version plus some clever CSS to enable it to work not only on desktop but also to adapt its size for narrower contexts and still look good.

By default when a wide image is rendered within a narrower container it will overflow that container, breaking the layout. The key to avoiding this is to set a tolerance for how wide the image is permitted to go. Generally, we’ll tolerate the image being 100% as wide as its container but no wider. We can achieve this using max-width.

The eagle-eyed will have noticed that the above snippet once again excludes the HTML width and height attributes. That’s because when we began working responsively many of us stopped adding those size attributes, feeling that for flexible images the practice was redundant. The image’s dimensions were now a moving target so the space needing reserved by the browser while the image loaded was variable rather than fixed. And we were right: for a long time, browsers were not capable of reserving space for a moving target, so including the size attributes served no real purpose.

Regardless, some content management systems (most notably Wordpress) continued to output images with HTML width and height attributes as standard. This introduced a challenge. Without the attributes we could rely on the browser to take our simple max-width:100% declaration and also implicitly apply height:auto thereby always preserving the image‘s aspect ratio when scaling it down. To achieve the same goal when the HTML height attribute is present, we needed the following revised CSS:

Here’s an example of a flexible image. It’s 2000 pixels wide, but shrinks to fit inside its narrower parent. Magic! 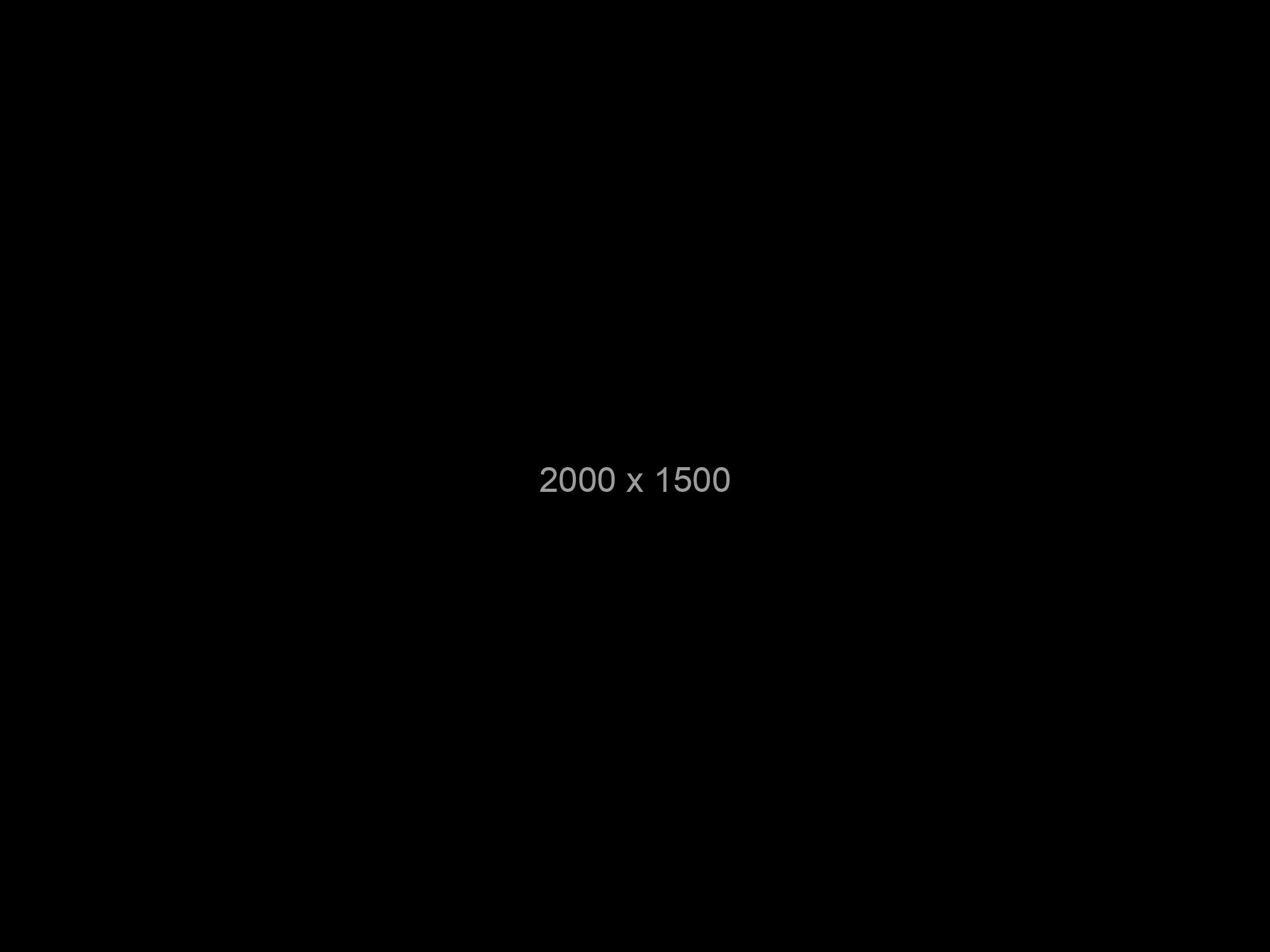 There’s been a recent development wherein modern browsers can now reserve appropriate space for flexible images while they are loading (rather than only for fixed images).

This means that adding the width and height attributes is once again a good idea.

If you know the image’s aspect ratio in advance, you can now use any combination of width and height attribute values which represent that ratio, and the browser will dynamically calculate and reserve the appropriate required space in the layout while the image loads, once again avoiding those jarring layout shifts I mentioned before.

However this presents a couple of challenges.

Firstly, having the height HTML attribute once again means that for any image we want flexibly scaled and safely constrained by CSS max-width, we’ll also need to override that explicit height attribute value with CSS.

Secondly, having the width attribute can be problematic when the image is one which we explicitly want to be full-container-width, such as the featured image in a blog post. The problem arises when the width attribute value is less than the containing element’s current width. If the only CSS you have on your image is max-width:100% then the image will adopt the value from its width attribute and consequently be narrower than its parent, ruining the effect. One approach might be to always use a sufficiently high width value but that feels a tad brittle; I’d rather employ a solution that is more explicit and decisive.

To solve both of the above challenges, we can apply some additional CSS.

Pros and cons of the “one large image” approach #

Let’s say we have a source image which is 1200px wide. Let’s also say that it’s the featured image for a blog post and therefore will be placed in our main content column, and that this column is never wider than 600px.

If we make the image flexible using max-width:100%, it’ll work on wide viewports and narrow viewports (such as a mobile phone) alike.

On the plus-side, we only need to create one image for our blog post and we’re done.

Another positive is that on devices with retina screens—capable of displaying a comparatively greater density of pixel information in the same physical space—our oversized image will appear at higher quality and look great.

On the downside, we are delivering a much larger image and therefore file size than is required for, say, a 320px wide context. This has performance implications since bigger files mean longer download times, and this is exacerbated when the device is not connected to high-speed wifi (as is often the case with a mobile phone).

Another issue which is perhaps less obvious is that your content may not be read on your website with your CSS operating on it. For example if your website has an RSS feed (like mine does) then someone may well be reading your article in another environment (such as a feed reader application or website) and who is to say how that oversized image will look there?

Dealing with these challenges using modern Responsive Images will be the subject of Part #2.